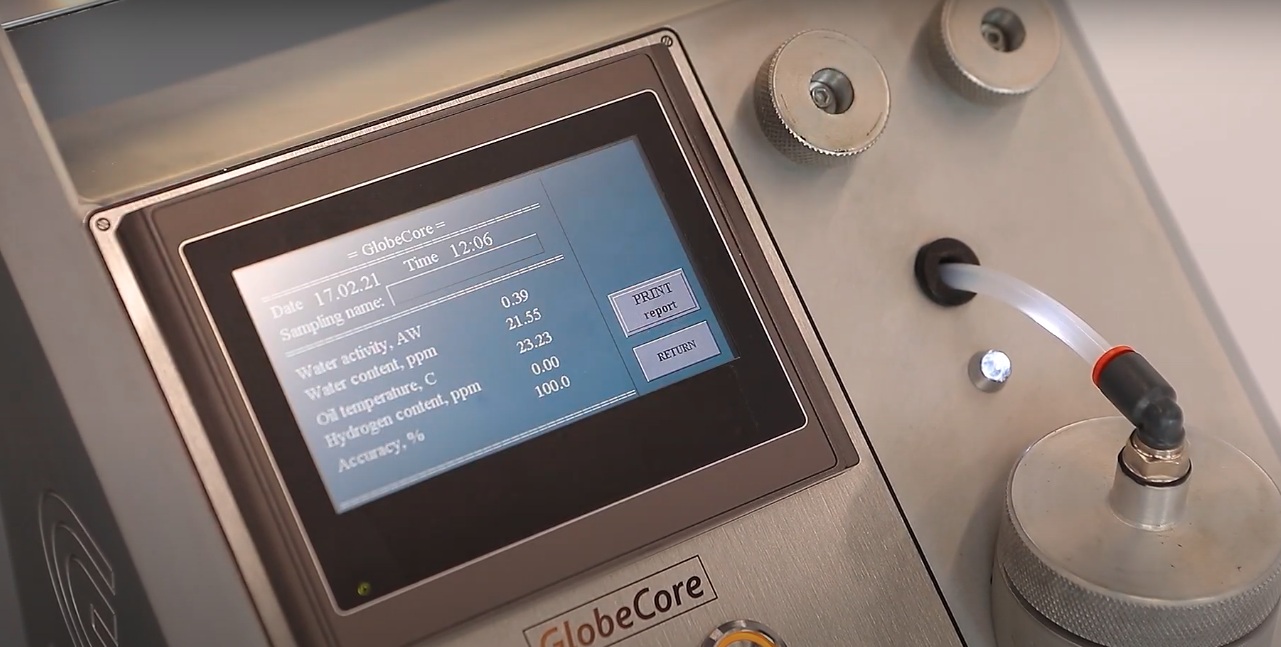 In this article, we will discuss one of the main methods for diagnostic evaluation of transformers — dissolved gas analysis of transformer oil. Hereinafter, we will tell you when it is advisable to use this method, what main techniques there exist to interpret the results thereof, and also speak about a new instrument in GlobeCore product line which uses a dissolved gas principle in its operation as well.

By development nature, all transformer defects can be divided into three groups:

In the first case, it is impossible to control the transformer status one way or another and to prevent the transformer failure. In order to prevent a failure in the event of rapidly developing defects, automated systems for continuous diagnostic evaluation are used. The third case requires periodic or frequent monitoring, and that’s where dissolved gas analysis of transformer oil must be used.

The main function of oil is to insulate conductive parts and to remove heat from heated elements of a transformer. When the transformer is operated, the oil is influenced by many negative factors: high voltage and high temperature; moisturization and oxidation. As a result, not only oil molecules, but also the cellulose molecules making up the solid insulation of the transformer decompose over time. During the decomposition of molecules, gases are released and get into transformer oil. These usually include methane, ethane, ethylene, acetylene, propane, propylene, butene, and butane. Moreover, depending on the kind of defect developing in the transformer, a list of gases and the quantitative composition thereof may vary. This specific feature is taken as a basis for chromatographic dissolved gas analysis of transformer oil. Therefore, in addition to the insulating and heat removing function, transformer oil contains diagnostic information about slowly developing defects. And the main task is to correctly “read” this information and to interpret it afterwards.

The method of chromatography was first used by the Russian scientist M. Tsvet in 1903 when studying the vegetation pigments. Subsequently, this method gained traction in several areas of chemistry, including gas chromatography.

Over time, chromatographic dissolved gas analysis became widespread due to its advantages which are expressed in the following:

The method has been applied for diagnostic evaluation of the status of transformers since the 60–70s of the past century. Nowadays, dissolved gas analysis of transformer oil standards is carried out; these standards include ASTM D3612 or IEC 60567.

At the first stage of chromatographic dissolved gas analysis, oil samples are taken from the transformer using special samplers which exclude the oil contact with ambient air. Next, the samples are delivered to the laboratory.

In order to correctly diagnose transformer damage based on dissolved gas analysis, it is necessary to use a separate technique. Currently, several techniques of the kind have been proposed. Among them, we highlight:

In this article, we will briefly discuss the Duval triangle method to understand the essence. It was proposed by Canadian specialist M. Duval in 1974.

The Duval triangle method is an example of an approach to determining the nature of defect by graphics rather than by computational logic.

The method allows plotting a point on a graph represented in the form of a triangle using the values of the concentrations of three gases (C2H2, C2H4, CH4). According to the Duval method, the triangle area is divided into seven zones. Each zone corresponds to a certain defective status of the transformer. Seven defective statuses are considered in total. The defect type is determined by the point belonging to a specific zone.

In the practical use of this method, it is necessary to find the percentage of each gas, to single it out on the appropriate side of the triangle, and to draw three lines from each point which are parallel to the lagging side and will intersect at one point. The location of this point will determine the zone and the diagnostically evaluated defect.

The discussed method obviously demonstrates the defect “location”, as well as allows observing the trajectory of its development when several chromatographic dissolved gas analyses are performed after a certain period of time and the points obtained are successively plotted on the triangle.

The requirements for handling large quantities of gases raise the price of the equipment used in the course of chromatographic analysis. Taking into consideration that hydrogen makes up about 59% of all the gases formed during the decomposition of oil and solid insulation, its content in oil can be deemed as an informative criterion for diagnostic evaluation of slowly developing defects in the transformer.

In TOR-2 instrument manufactured by GlobeCore, determination of hydrogen content is supplemented with one more function — moisture content measurement.

Oil analysis is carried out easily and quickly by one person. After taking a sample, it is necessary that the instrument be turned on, the intake container be vacuumized, and measuring be started thereupon. The first results for moisture content will be available on the LCD panel in ten minutes, and those for hydrogen content — in thirty minutes. For convenient operation and data processing, the instrument has an integrated mini-printer by means of which you can always print out a slip with test results.

The measurement accuracy of TOR-2 instrument is achieved due to design features of sensors and the direct contact thereof with oil. The operation of a capacitive moisture sensor is unaffected by contaminants in the oil sample. And a hydrogen sensor detects hydrogen only without being sensitive to other gases.

GlobeCore instrument is versatile and can be used to detect slowly developing defects not only in transformers, but also in oil-filled cables, high-voltage bushings, shunt reactors, and on-load tap changers.

Applying the instant diagnostic evaluation of transformers by means of

TOR-2 instrument, you timely determine slowly developing defects, manage to prevent damage to oil-filled power generating equipment in proper time, increase the power supply reliability, and save money on maintenance of this equipment. 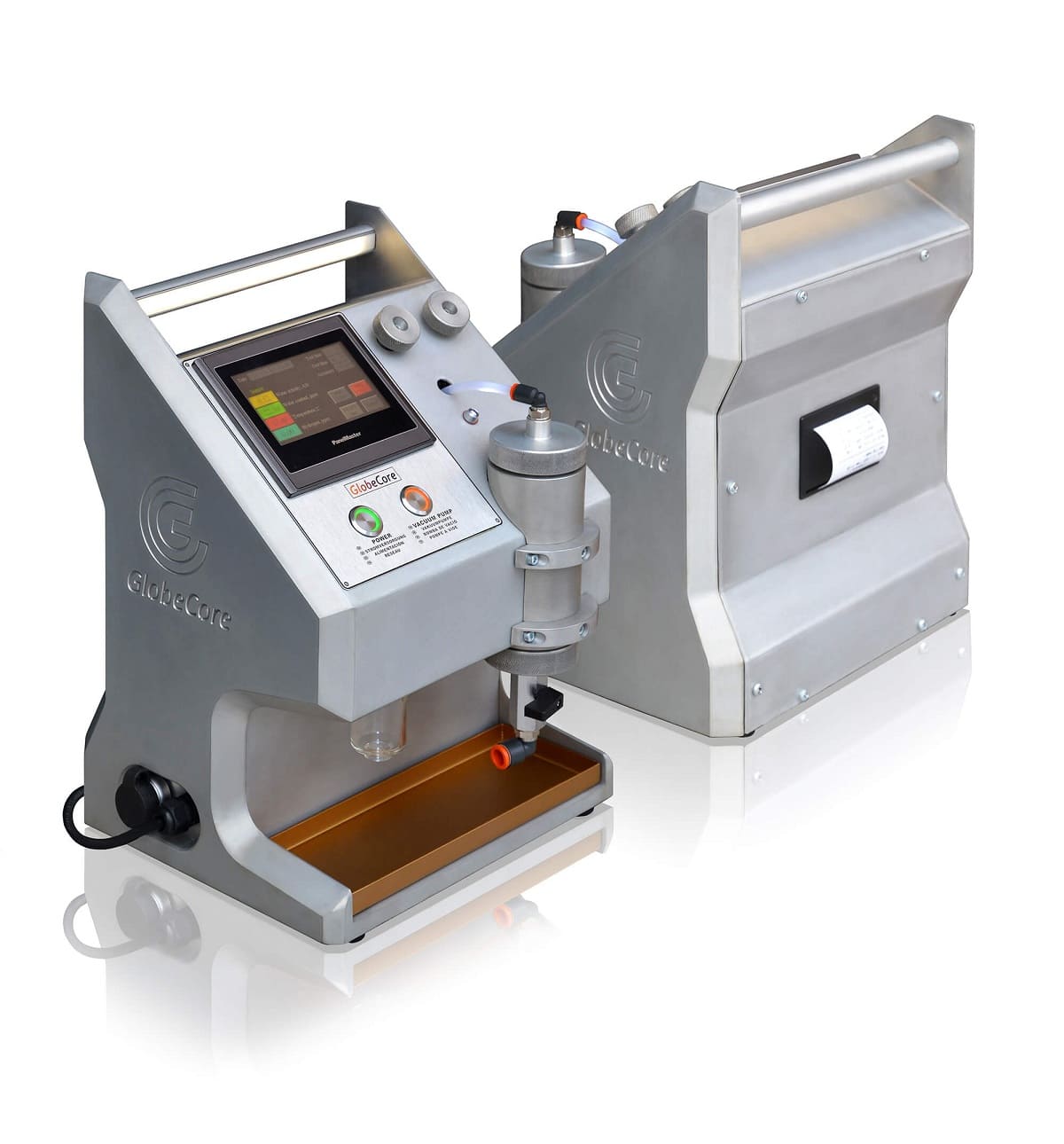 Hydrogen and Moisture Analyzer for Transformer ... 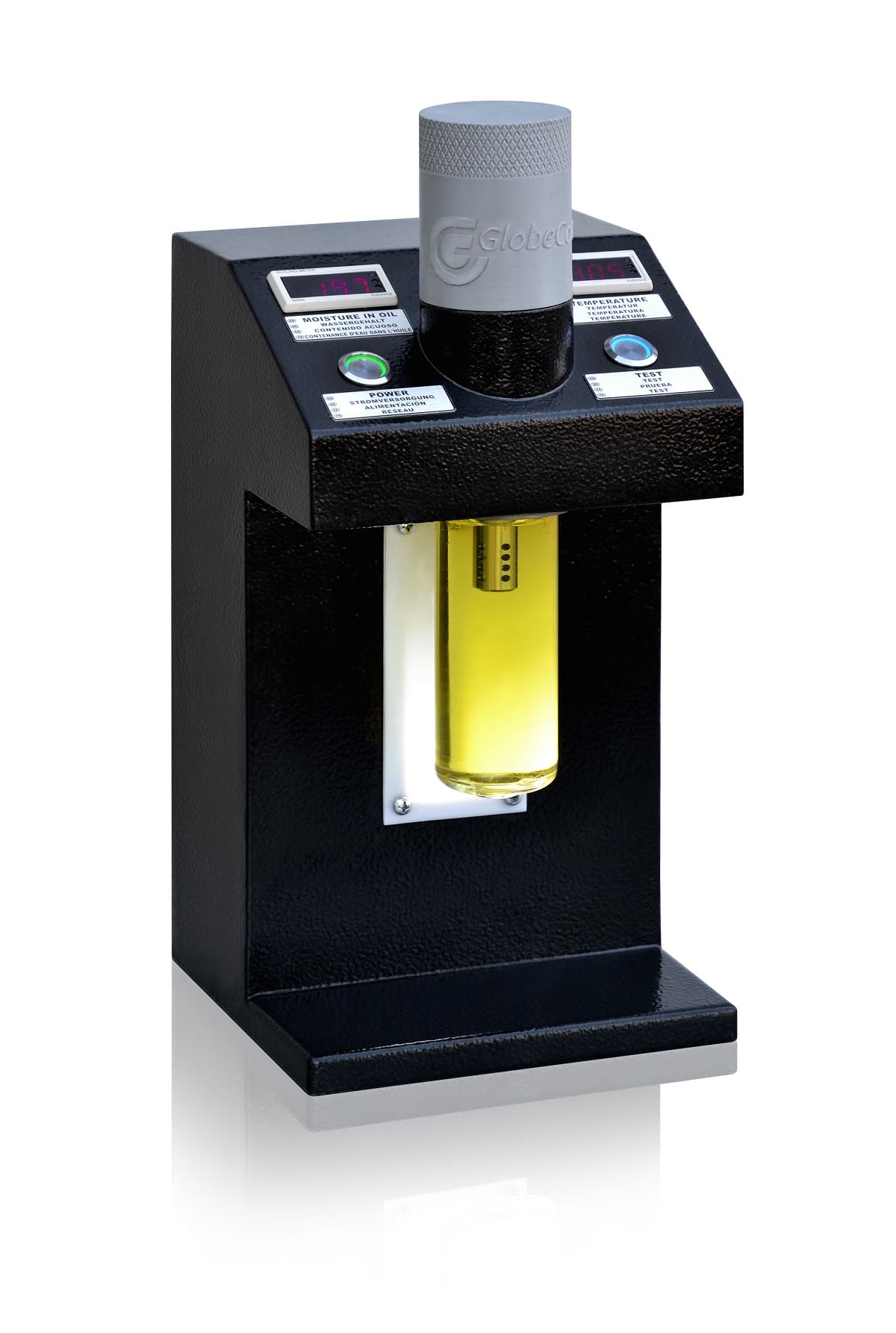