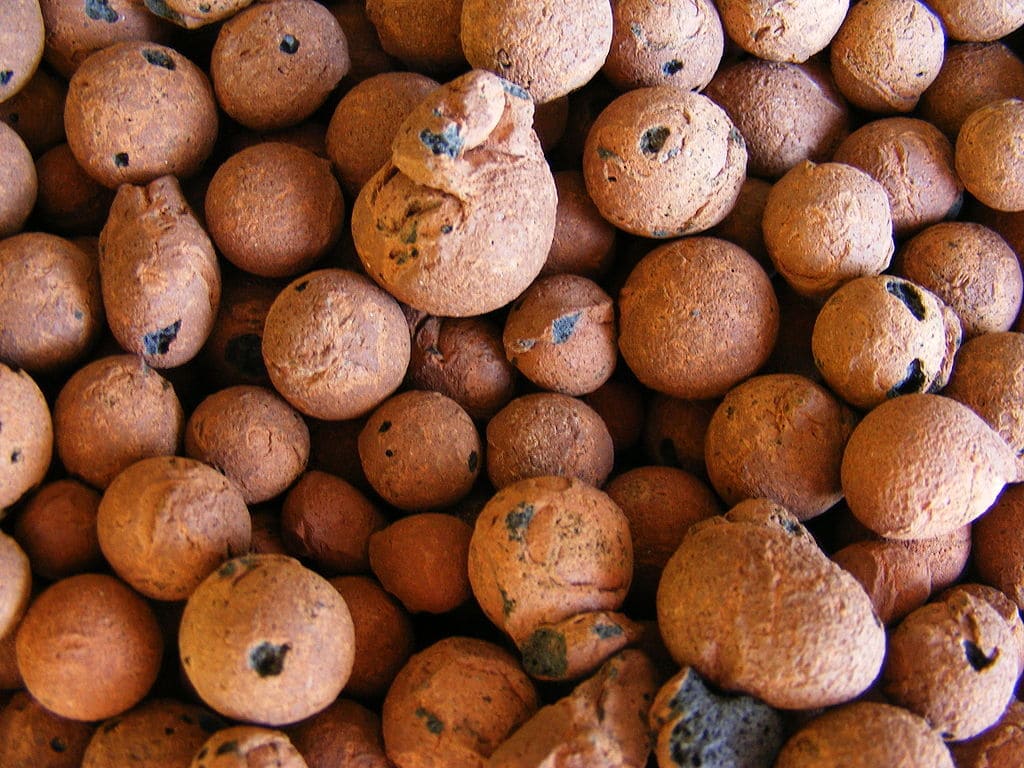 Expanded clay production is based on the homogenization and grinding of clay raw material particles, the formation and further baking of granules. Taking into consideration such processes, it is reasonable to use a vortex layer device (AVS) from GlobeCore.

Expanded clay is a highly demanded construction material, an inexpensive heat insulator, filler, and decorative product. It is produced in the form of balls, gravel, crushed stone, sand with a thick shell and a porous internal structure. Fusible, bloating clay, shales and loams serve as raw materials for expanded clay.

Grains result from homogenization, charge mixing, and baking. They are distinguished by low thermal conductivity, inertness to the influence of alkalis, acids, durability, environmental friendliness, and sound absorption ability. They are mainly used in construction and in the production of construction materials:

It is a filler for lightweight, ultra-lightweight porous concrete used in screeds, cast-in-situ walls, and structures.

This is the main filler in expanded clay wall blocks. They also contain cement, sand, and water. Structural components are used in low-rise construction when building the walls and partitions in houses.

Highly porous varieties of expanded clay are used as a heat insulator in floors, walls, and inter-floor coverings.

It is used for filling in order to prevent frost penetration. It allows reducing the material consumption when building the structures.

It is a good basis for rough floor leveling. The material is lightweight; therefore, it puts no stress on inter-floor coverings. It enhances the heat insulating characteristics of indoor space.

A material of relatively low porosity is used in embankments when building the roads and water drainage systems, during soil tillage and soil preparation.

The heat supply system pipes connected to houses and buildings are covered with granules. They ensure high-quality thermal insulation and easy access to the system.

Such a wide scope of application of expanded clay makes it highly demanded in the construction materials market, the industrial sector, and agriculture. The modernized expanded clay production technology using a vortex layer device looks promising and relevant. But first, let us discuss what disadvantages the existing lines for production of this material are characterized by.

Expanded clay production by conventional methods, the disadvantages of those methods

Almost every modern expanded clay production plant uses clay mixers, rollers, and edge runners in the process of mixing and grinding the raw materials. Baking is carried out in kiln drums. Processing the granules in the device takes approximately 45 minutes.

However, conventional equipment for preparation, homogenization, and dispersion of raw materials does not grind and mix the ingredients in a high-quality manner. It adversely affects the strength of finished product.

With a low degree of homogenization and poor particle dispersion ability, even 3% of carbonate impurities in bloating fusible clays adversely affect the quality of the material. CaO hydration is accompanied by expanded clay degradation and loss of strength during storage.

The conventional production of expanded clay using rollers, edge runners, and clay mixers is also irrelevant for processing the clay masses with a high content of sand. If the mixture contains 10–30% of free SiO2, it is impossible to make a high-quality, strong product from raw materials.

Processing the raw materials in a vortex layer device helps in solving these problems of classic methods. Furthermore, it becomes possible to produce high-quality expanded clay even from initially unsuitable clay masses.

In addition, according to conventional technology, sorted raw materials can be mixed with the substances that improve its bloating — fuel oil, solar oil. The application of AVS helps you minimize the use of additives or stop using them which has a positive economic effect and affects the purity and environmental friendliness of finished product.

Expanded clay production by means of a vortex layer device

Expanded clay production by means of a vortex layer device is based on processing the raw materials in an electromagnetic field with ferromagnetic particles. The unit can handle both dry and moist, wet media. In the operating chamber of the device, dispersion and mixing processes are observed as accompanied by the activation of particles. It affects the strength of finished product. The processes occur when driven by an electromagnetic field, acoustic vibrations, high local pressure, and electrolysis.

In the vortex layer, ferromagnetic needles turn into mixers and crushers. At the same time, they move through the chamber, rotate, collide with the material processed, with one another, and with the device walls. All of that contributes to efficient mixing, grinding, and activation of charge and mixture.

The effect of processing the clay raw materials for expanded clay by means of AVS was described and experimentally studied by D. D. Logvinenko. As a result, we obtain a material with a lower volume weight and better strength properties. The results are shown in Table 1.

Table 1 – Expanded clay characteristics when processing the feedstock in AVS

For comparison, the clay slip that contained up to 40 % of free silicone dioxide was subjected to processing. Expanded clay production using AVS is distinguished by a twofold decrease in the volume weight and a сoncurrent increase in the strength of material. The strength-weight ratio for a product prepared from the charge after processing in a vortex layer device is twice as high as that of a material made by conventional method.

This result is facilitated by thorough processing of raw materials in a vortex layer accompanied by activating the quartz sand which is comprised in the mixture. When processing in AVS, the cleavage of Si-O siloxane bond is observed. Consequently, there appear active centers on the surface of particles in the form of free radicals. It became the cause of improved quality of the final product. The sand is activated according to the same principle as it happens when dispersing in disintegrators at high speeds.

Due to the activation of quartz sand, there occur glass formation and silicate formation reactions where silicon dioxide takes part. After expanded clay production is completed by baking the product, it contains no coarse SiO2 sand grains wherein stress would be concentrated. And in the composition of glass, quartz sand affects an increase in the strength and thermal resistance of material.

In addition, a dry technology for expanded clay production using a vortex layer was studied. Monothermite was taken for the study. A filler of the strength three times as high as that of a material made by classic method was derived from the raw materials processed in a dry medium by means of AVS. In this case, the volume weight of refractory aggregate was twice as low as that in the sample.

Dry processing of multicomponent charges consisting of thermal power plant ash (TPP ash) by more than a half showed a positive result as well.

The obtained data indicate that the expanded clay production technology using a vortex layer allows producing high-strength construction material even from clays with a high content of sand or carbonate impurities.

A vortex layer device is advanced equipment that can be used to optimize both a compact expanded clay production plant and a large enterprise for the following reasons:

The finished material is characterized by increased strength and thermal resistance even with a high content of sand and carbonate impurities in clay masses. AVS also allows using the energy industry waste, including TPP ash, in expanded clay production.

The equipment is distinguished by low electricity consumption and severalfold more advantageous compared to conventional units. The power requirement of AVS-100 and AVS-150 models is 4.5 kW and 9.5 kW respectively.

The device is compact, easy to operate, and can be integrated into the existing production line. At the same time, there is no need to make a pedestal or additional structures for this equipment. AVS is moved about the workshop with no hassle.

Thus, AVS from GlobeCore is versatile, convenient, highly efficient equipment which will make it possible to expand and optimize high-quality expanded clay production. Furthermore, the requirements to the quality of raw materials are reduced which means that there appear more opportunities in terms of lightweight filler production on which the production of expanded clay blocks, lightweight concrete, etc. is based. The cost price of the material can be reduced by increasing its performance. 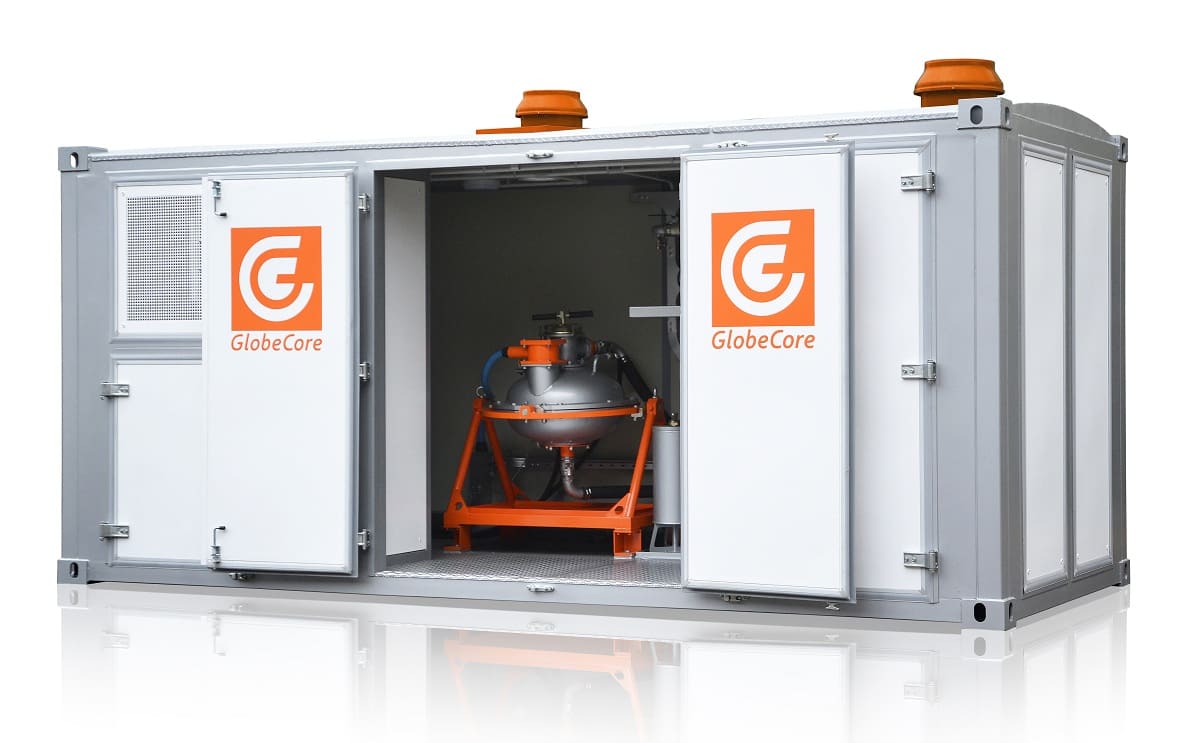