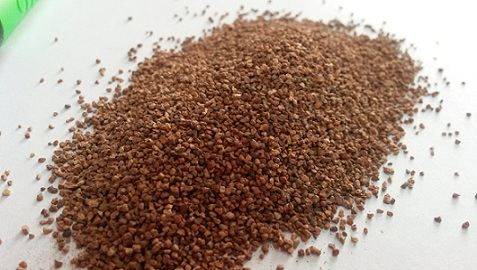 Fuller’s Earth is a natural material with a high absorption capacity, consisting mainly of attapulgite. Refers to the bleaching and purifying clay species. Fuller’s earth has wide range of usage in different spheres: сosmetics production, chemistry, industry. Mainly this material is widely used for oil purification.

Fuller’s earth (also called Montmorillonite or Bentonite) is represented by clays of montmorillonite composition or siliceous rocks (diatomite, trapezoid, flask). Montmorillonite is a typical product of aluminosilicate weathering. It is one of the main minerals in many soils, the main component of bentonite.

White or gray, in the presence of impurities, brown, red, greenish, with a pink or gray-blue hue.

Fuller’s Earth is used to stabilize gasoline (Gray process) to remove resin-forming substances and when cleaning lubricating oils for clarification. In the latter case, it competes with bauxite. Fuller’s earth is regenerated by burning at 538 h-649 ° C, but is sensitive to burning (sintering) and usually requires replacement after 5-15 regenerations.

Neutralization of highly viscous oils containing products of the reaction of sulfuric acid purification by aqueous alkali is almost impossible due to rapid emulsification, but it is easily accomplished by a contact method. Also used acid-activated bentonite or fine-grained fuller’s earth. These adsorbents are used in the form of a powder in the size from 100 to 200 mesh in an amount from 12 to 120 grams per liter.

GlobeCore company invented a special technology, that can combine usage of Fuller’s Earth and physical processes.

The adsorption capabilities of Fuller earth have been successfully applied in CMM-R type of plants, which are used for the processing of electrical insulating, industrial and turbine oils.

The CMM-R consists of blocks of degassing, regeneration and inhibition. The fuller’s earth filter is used in the second block. One of the innovations successfully implemented by GlobeCore was the reactivation of the sorbent directly during oil purification. It allows, first, to solve the problem of utilization of bleaching clay, and, secondly, to shorten the processing time. In addition, the restoration of fuller’s land saves that part of the oil that could not previously be removed from the sorbent during its utilization.

The use of regenerative stations such as CMM-R makes it possible to obtain from a waste oil a product suitable for further use for its intended purpose. Oil processing is possible directly in the tank of the transformer, which is under tension, which is especially important in case of impossibility to disconnect any of the parts of distribution networks. 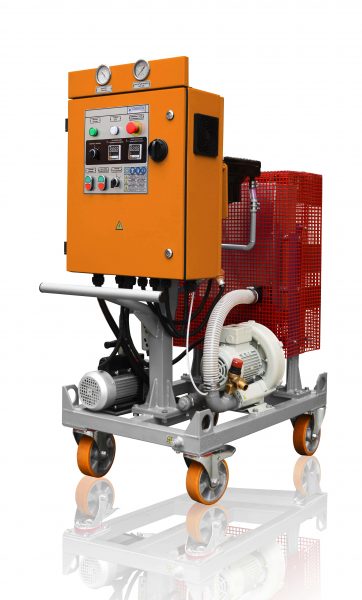