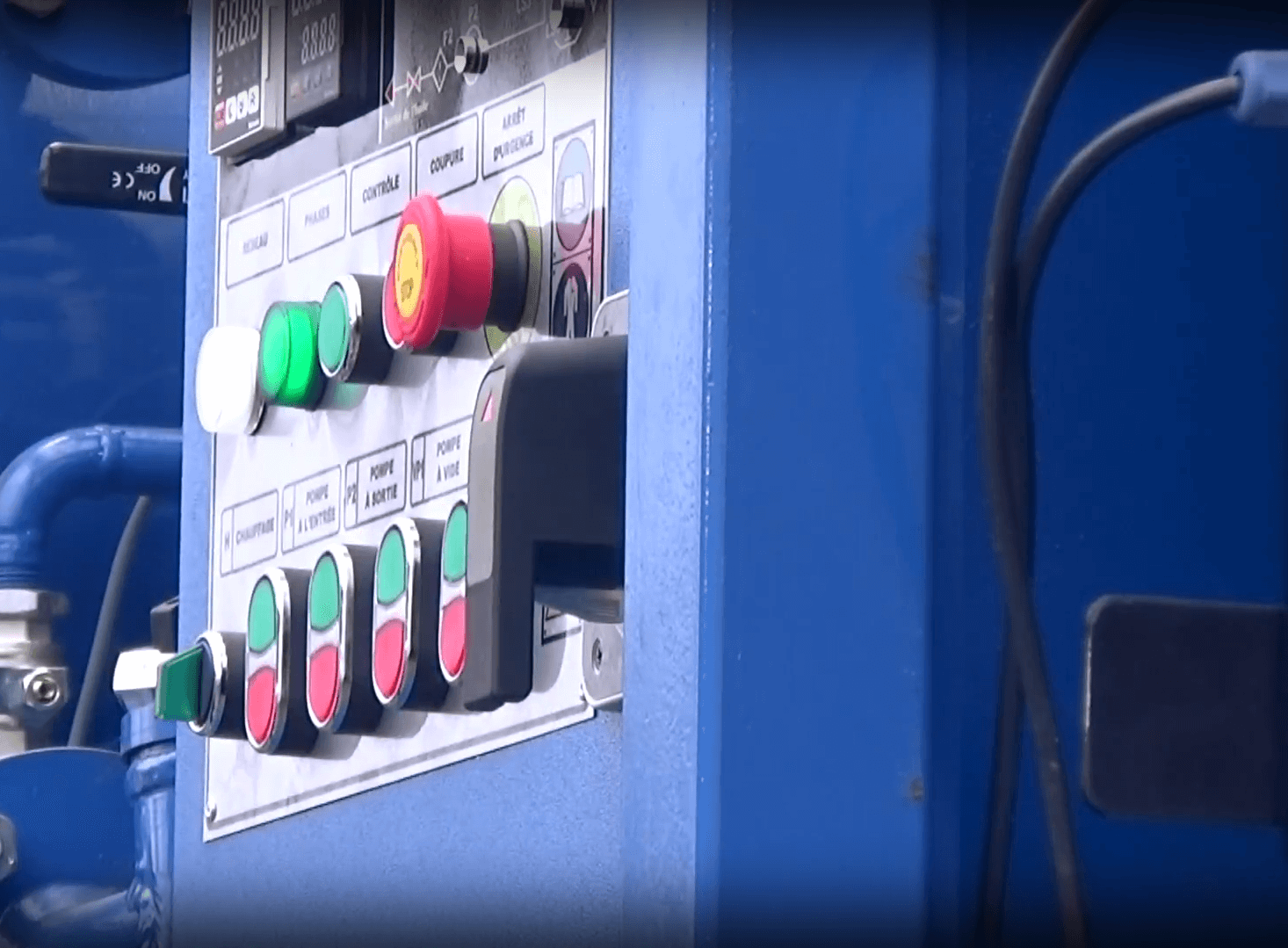 Oil recycling is an important direction in handling mankind’s industrial waste. To make the existing ecological situation better, it is vitally important to organize a proper waste oil collection and delivery to specialized enterprises engaged in oil recycling.

Oil recycling is not exactly a new problem. Recent years have seen significant progress in recycling technologies which can restore 70-85% of used oil to as good as new condition, and in some cases as much as 90% of the material. The resulting product can be recycled again and again, several times. The importance of oil recycling is easy to see even by simply comparing the numbers: product output from crude oil processing rarely exceeds 10%. This makes oil recycling quite interesting as an idea for starting a business.

The potential profit increases even more, if 35-54% of waste oil can be collected. In this case, the energy costs of purifying and recycling the oil is almost 20 times less than those required to produce the same amount of material from crude oil.

The global amount of waste oil is estimated at 40 million tons a year. Less than half of that amount is collected, while only approximately 2 million tons are recycled, i.e., 5% of the total amount.

In Europe, 30 to 40% of waste oil, on average, is processed into high quality products. The breakthrough was started by the 75/439/ЕЕС Directive, which was adopted in the EU in 1975. The document regulates creation of an integral system of collection, transportation, storage and processing the oil without causing harm to the environment. The Directive drastically changed the outlook of oil recycling. After its adoption, used oil became a valuable raw material for reuse, not a waste to be disposed of. The leading technology in Europe is oil regeneration, viable both economically and environmentally. Each of the EU members reports to a special commission three times per year on recycling and reprocessing oil in their respective nations.

Great Britain leads the way, with a strong government program. It is this program that makes it possible to recycle up to 86% of all waste oil products. Over a thousand small oil regeneration units are located in the United Kingdom. They are most often situated in waste recycling facilities. Germany, Italy, Belgium, the Netherlands and Luxembourg have also achieved significant progress in the matter.

WHAT DOES THE STATISTICS SAY?

Statistical data on waste oil generation and consumption in various countries is collected in the table below.

GENERATION AND CONSUMPTION OF WASTE OIL IN VARIOUS COUNTRIES, THOUSAND TONS A YEAR

As shown by the data, developed countries recycle 30-38% of waste mineral oil. Such careful use of resources is partly due to the fact that these countries have no crude oil production of their own and must import oil from abroad.

What about waste oil?

Waste oil is mineral or synthetic oil that was in operation and is severely contaminated. Waste oils that can be managed are:

Waste lube oil is a liquid waste product, any oil, produced from crude oil, or synthetic oils, contaminated by physical or chemical impurities. Even normal use of oil does not prevent contamination of oil with dirt, metal particles, water or various chemicals. With time, the amount of impurities exceeds a certain threshold and the material can no longer be used for its original purpose.

Waste that is not considered as waste oil:

Danger from waste oil is even greater than from crude oil. It is due to waste oil composition containing resins, carbenes, asphaltenes and other substances that adversely affect human health. Waste oil spills severely pollute water bodies and soil, also having a carcinogenic effect. 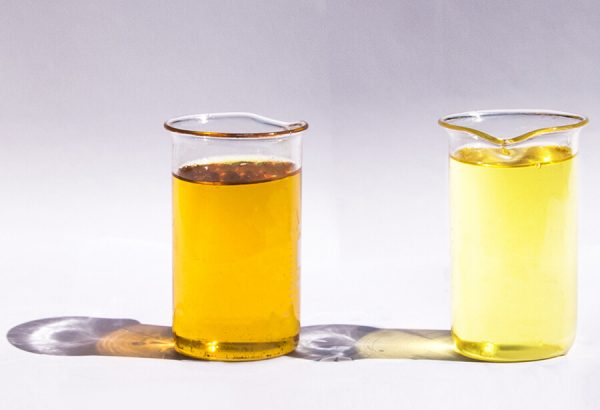 TRANSFORMER OIL CHARACTERISTICS AND USE

Transformer oil is indispensable in oil-immersed switches and transformers. Large amounts of such devices exist in any country, making careful maintenance a preferred method of extending the longevity of the equipment. Preventive maintenance is a lot less costly than purchasing a new transformer. One of the most important tasks is to restore the quality of transformer oil for reuse.

During use, the oil’s acid number increases, causing the following in transformers:

These factors reduce the potential use of the insulation fluid.

The main quality requirements to transformer oil are:

Purification of transformer oil is an important component of transformer maintenance. The need to purify the oil is due to the accumulation of impurities: solid particles, water, gases etc. These form the so called conductivity bridges, which may cause a short circuit. With time, water and gas appear in the oil. They decrease the dielectric strength of the oil. High voltage transformers (above 60 kV) are especially vulnerable.

Beside purification, there is the regeneration technology which restores the oil’s quality completely. With correct schedule of regeneration, a transformer can last more than 20 years longer.

Among the many types of oil recycling machines, the CMM-R units merit special attention:

All regeneration methods aim to improve quality and chemical purity of transformer oil. With this in mind, the process must include:

Transformer oil treatment is usually a multi-stage process, with both physical and chemical methods employed. Mechanical treatment is a good initial step to get rid of more than 70% of impurities. Chemical treatment, 95 to 98% efficient, is required for a more thorough recycling.

Several tests are performed after regeneration of oil to assess its usability as a dielectric and compliance with standards:

The complex testing also includes dissolved gas analysis, interfacial tension measurement and saturated vapor pressure. All these indications allow to determine if the regeneration was successful.

Understanding the necessity of oil processing has come a long time ago. But the first serious steps in this direction were made only four decades ago. Waste oil was burned to receive energy for heating. In the modern understanding, oil recycling is a preliminary cleaning and subsequent production of commercial fuels and oils, or reuse in the same equipment.

Burning of waste oil without preliminary processing is dangerous and releases a large amount of harmful substances into the atmosphere. Therefore, the oil must be cleaned before burning. This process is controlled by local authorities.

Power industry outlines oil processing on site with full restoration of oil properties as the priority direction. To restore the important performance properties of petroleum products are used mobile regeneration plants from GlobeCore. 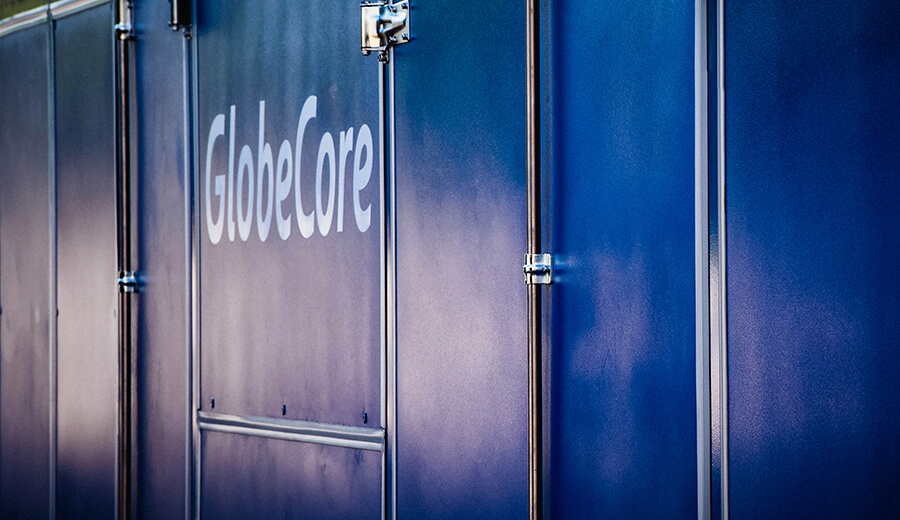 Recycling oil is a procedure that is designed for restoring used oil condition. Oil recycling machine is a utility that can easily and successfully cope with this task. Due to the fact, that manufacturing process is very expensive, this method is optimal for cost saving.

Oil recycling is a perfect option for industrial and other purposes, but it’s important to remember main points about resources, that have already been operated.

Of course this solution is good and quite widespread, but bare uncleared used oil MUSTN’T BE INVOLVED in any processing.

There are a number of significant facts that should be noticed.

Used oil can be good alternative to buying new one. But before launching it you have to take into account the main issues:

If you have intention to operate with used oil, you should produce oil recycling.

Aging or deterioration of oil in the transformer, especially insulating, leads first to oxidation that attacks cellulose and metals.This process creates soap metal, aldehyde and other different heavy substances on the insulation, side walls of the tank, in respiratory, cooling and other systems.

The mud that appears increases the viscosity of the oil, and as a result transformer reduces its cooling capacity and lifetime .

All this factors influence on efficiency and causes further damages.

General rules for waste oil management are as follows:

GlobeCore units can process oil without draining it from equipment. For example, CMM-R unit connects directly to a transformer, and the oil recovery goes in a closed loop between transformer and oil regeneration unit. This avoids the collection phase, saves time and money

There is a unique oil recycling system, designed by GlobeCore.

Regeneration of the oil in a transformer restores used oil to new like condition:

It will not only restore the content condition, but also approve final disposal agent.

Recycling system can be used in combination with degassing or drying units.

CMM-R can be used for oil recycling, oil degradation or oil cleaning.

This oil recycling mashine has its own unique features as a function of transformer vacuuming and ability to be controlled and monitored via smartphone or PC. 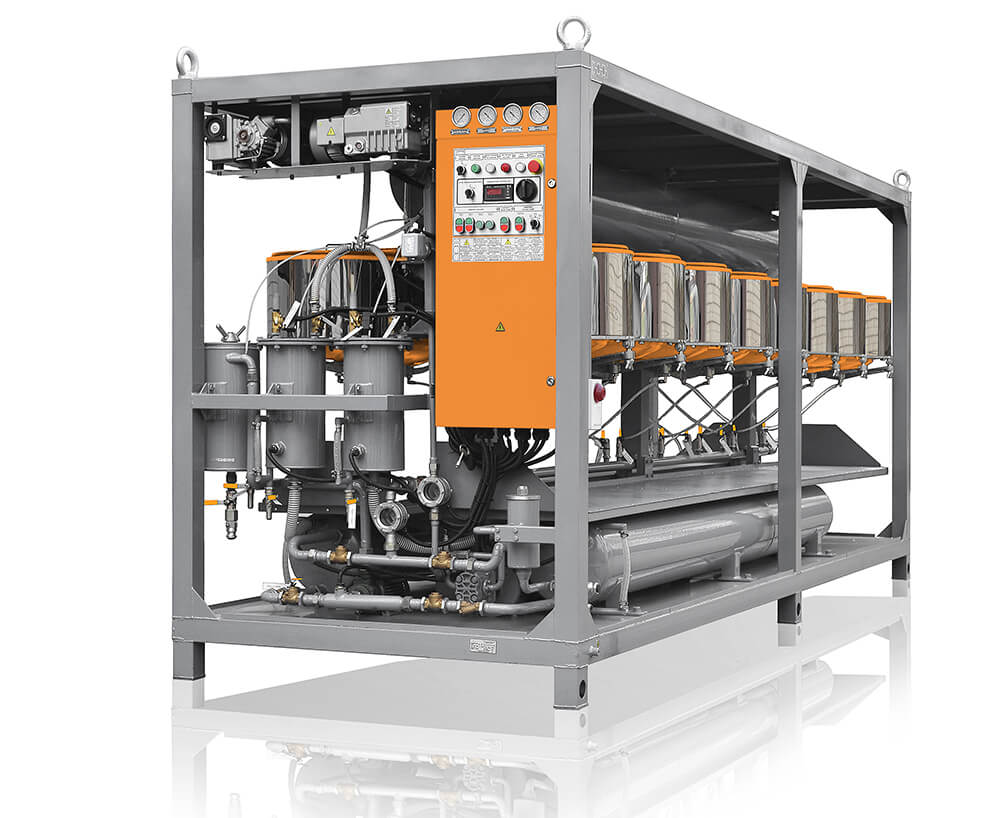 It is designed for the recycling and purification of fuels and used mineral oils. The UVR Regeneration Units utilize “Bleaching Clay” instead of Fuller’s Earth.

Unit can either purify and clear up dark diesel fuel and heavy fuel oil. Treated oil get’s quality as if it is new.

Brilliant results and reviews of satisfied customers is a pride of GlobeCore and goal that companies’ developers have achieved by zealous work, whose main idea is improvement of industrial technologies. 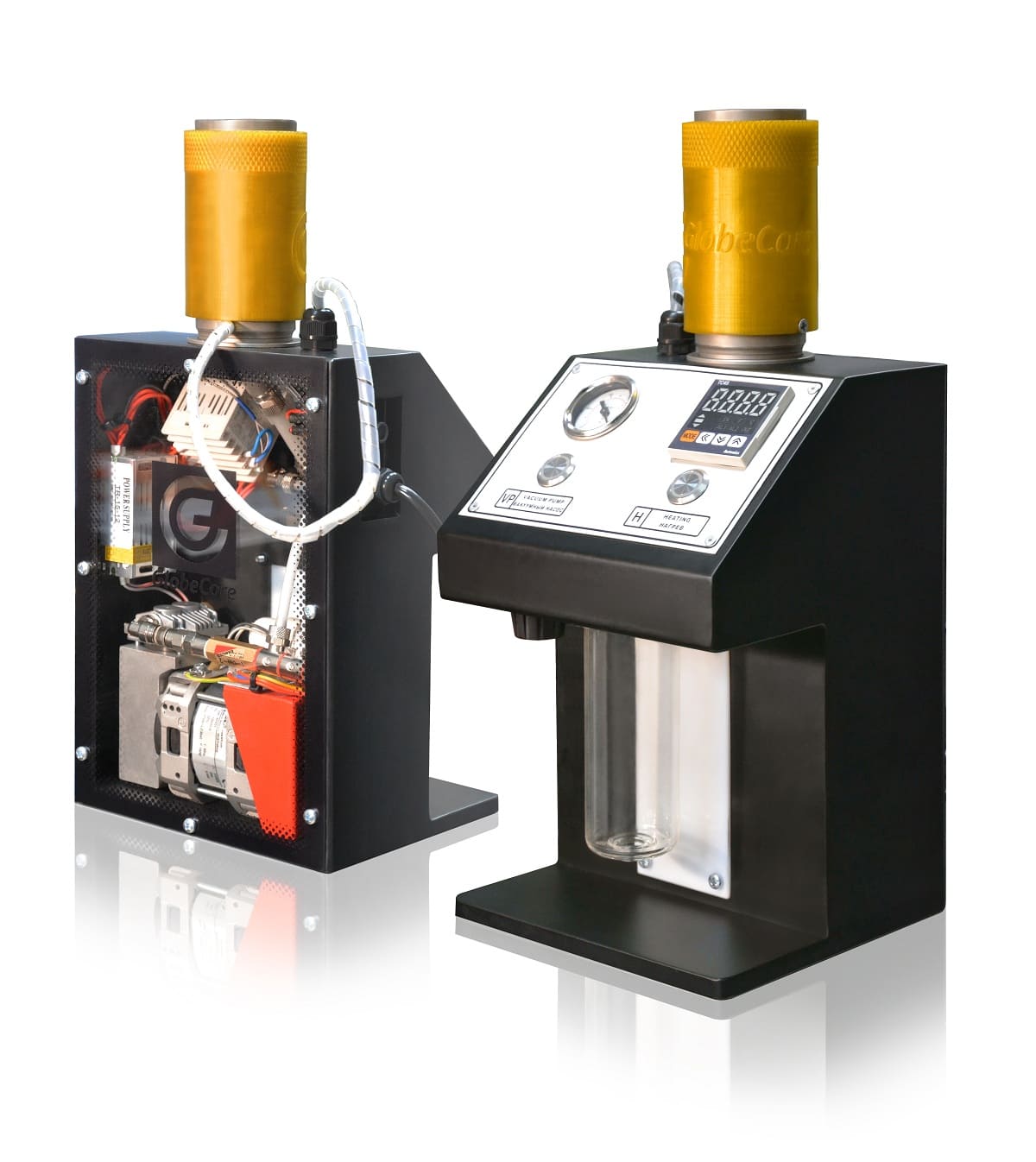