The performance of electric power transformers will change during their service life due to the influence of temperature extremes and moisture. Acids, alkalis and other harmful chemicals clog the ventilation openings over time leading to deposits and worn parts and contaminated insulating oil. The influence of these elements, and many other micro and macro elements, will lead to numerous problems for your transformers that can cause frequent failures and downtime of the power unit.In this category of equipment,e GlobCore manufactures and distributes three (3) versions of the Frost model. The three models differ in terms of physical characteristics and design.The first version is the “Single Block Frost” and is mounted in a single case. Among the primary components are: (1) an automated two-stage cooling unit with ability to cool to -70°C; (2) a ZJ-600 vacuum pump; and (3) three fore-vacuums.

The second version of the GlobeCore “Frost,” is an upgraded two-unit system equipped with a JHL-150 pump, cooling and heating units, and two modules that are structurally different from the first version due to the lack of any fore-vacuum pumps.The third version of the “Frost” GlobeCore also consists of two modules: The YX-70 and the BW-2000, each of which may be operated separately.

The third version of the Frost differs from the previous two versions by having only one ZeDzhey-600 vacuum pump. All Three models differ in performance. The main difference is in the original construction and modernization which leads to more efficient use of the equipment for a particular type and scale of industrial enterprise.Drying the solid insulation is performed in the following way: Once the “Frost” is connected to the electric power transformer via the vacuum cable DU150 mm, the operation of the two-stage refrigerator is started. Initially, the units are vacuumed using a fore-vacuum and vacuum pumps. This reduces the pressure in the tank to 400 Pa. Before connecting and starting the vacuum however, the “Frost” dials are set to the desired temperature down to as low as -70°C.Due to the cooling of the evaporator in the low temperature trap down to -70°C, a difference in pressure occurs between the water vapor above the surface of the solid insulation in the transformer tank and the low temperature trap. (e.g., the pressure of saturated water vapor at a temperature of 20°C is equal to 2337 Pa and at a temperature of -40°C the pressure is only 18 Pa). 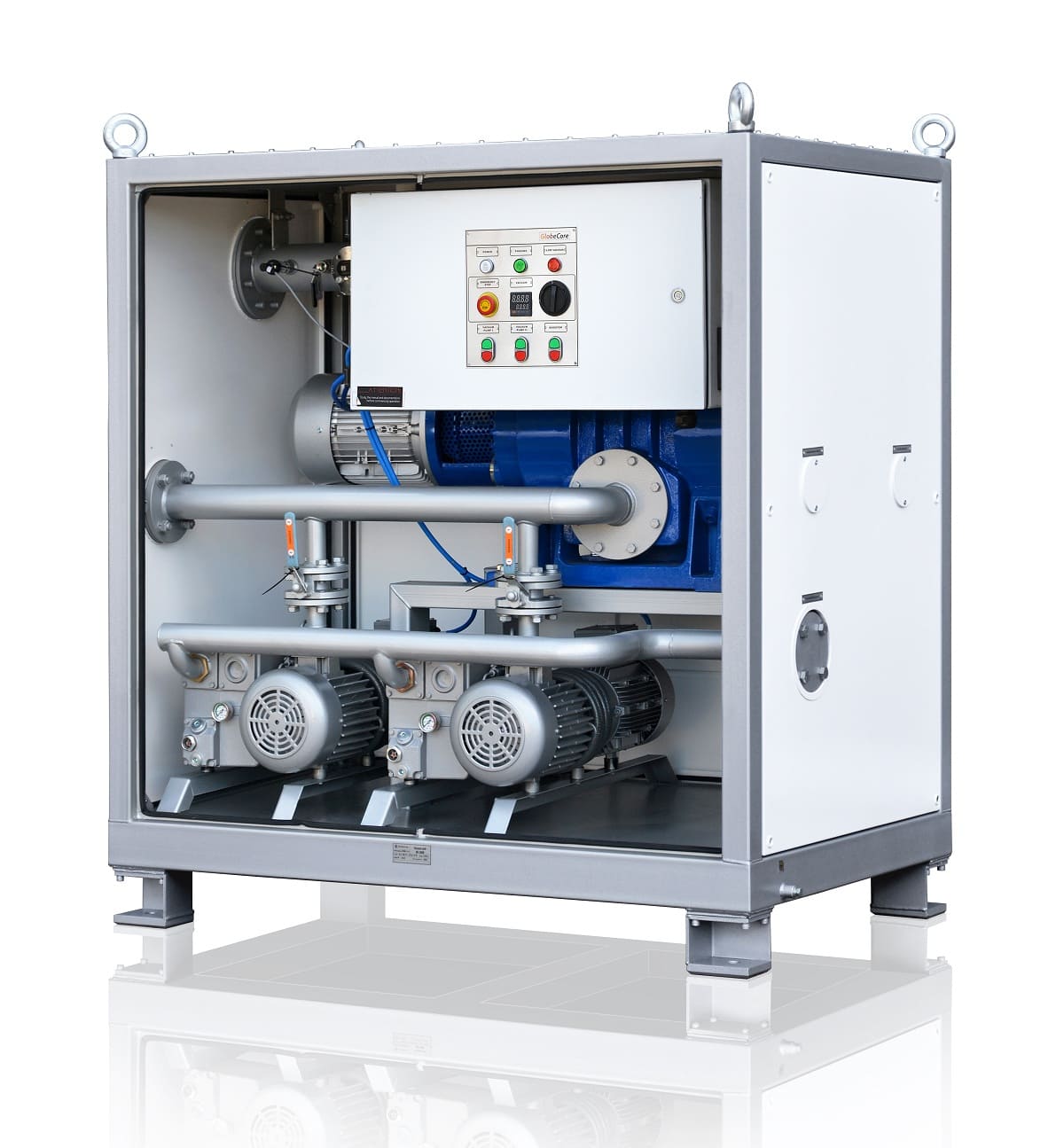 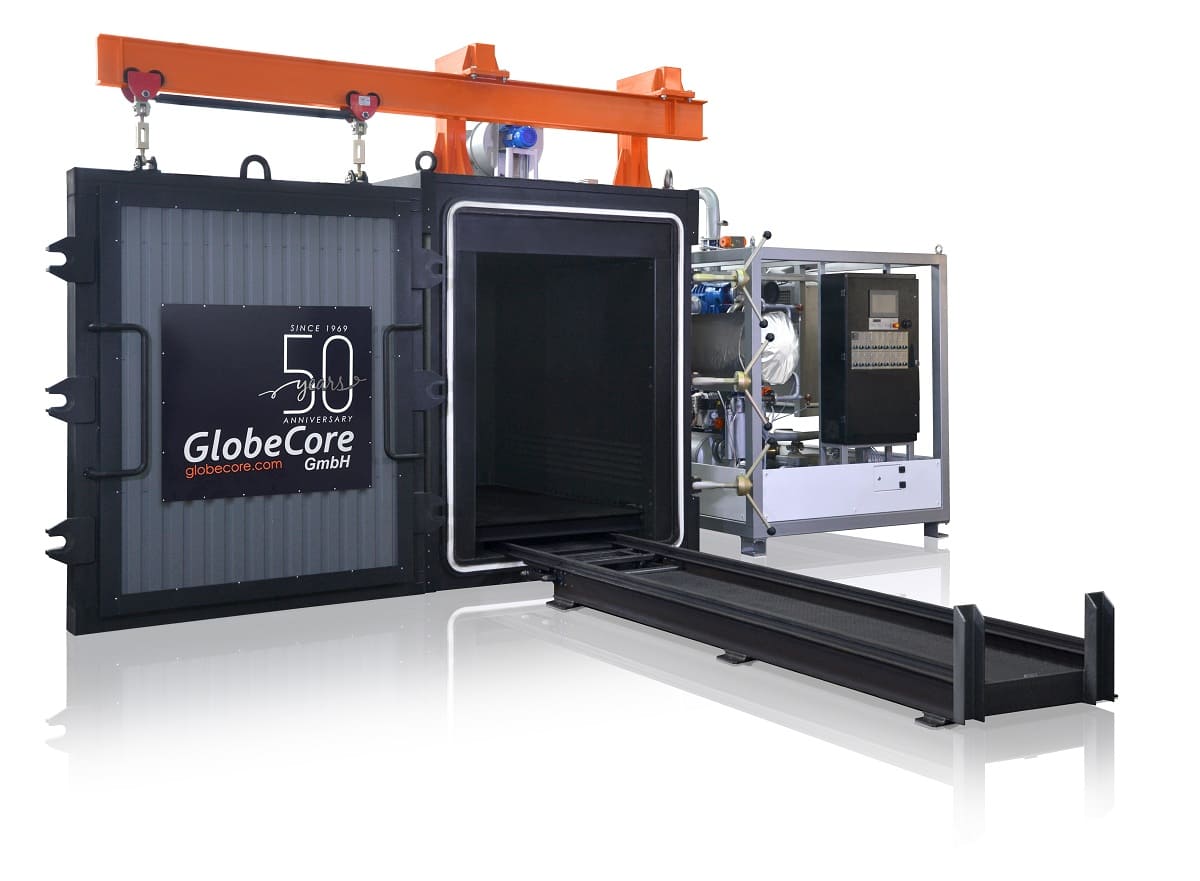 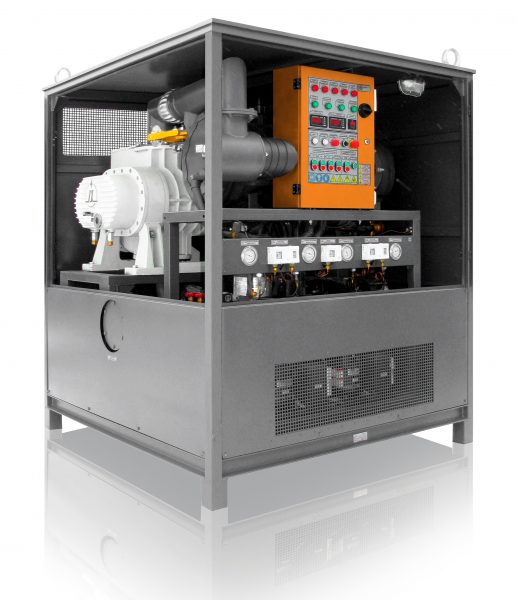